SEDUCED BY A ROGUE 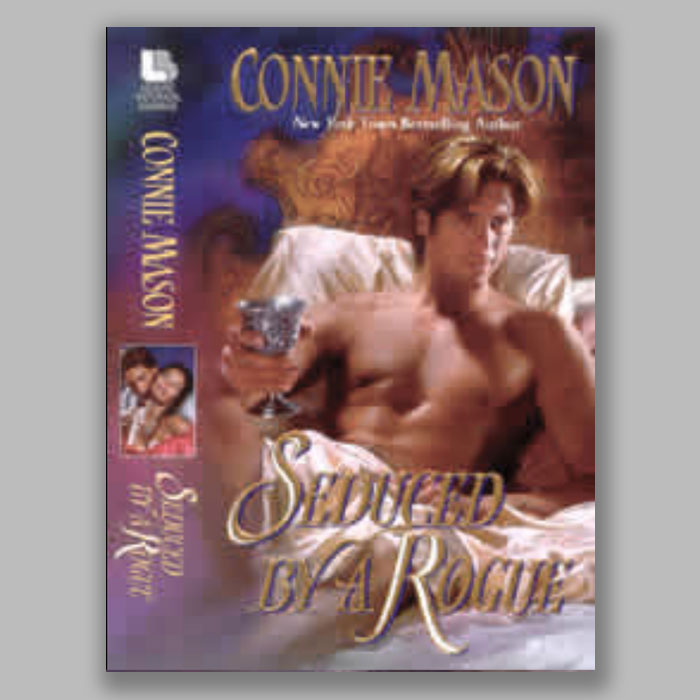 Title: Seduced by a Rogue

While searching for a priceless amulet at the request of the English government, dashing spy Ramsey Dunsmore, Earl of Braxton, plays a dangerous game of seduction with his former lover, Phoebe Thompson, who holds the key to the missing artifact.

Seduce
Ramsey Dunsmore, Earl of Braxton, thought his days of spying for the English government were over, but the Foreign Office had requested his help in the search for a valuable amulet. Bracton's task was to do what he did best - charm a young beauty into disclosing all. But this mission had an ulterior motive. The woman in question was Ram's former love, a lady who'd broken his heart four years before. The loving kisses he'd placed on her lush mouth would be more than amorous . . . they would hold the sweet taste of revenge.

Surrender
Phoebe Thompson had more than her fair share of worries. Her Egyptologist father was missing, blamed for the disappearance of an ancient artifact, and her home had been burglarized in search of the piece, leaving her with a lump on her head. The last thing she needed was the ardent attention of Lord Braxton, infamous Rogue of London, to whom she'd once mistakenly given her body and heart. But two could play at seduction, and despite Ram's faith in his cultivated sexual prowess, Phoebe planned to beat him at his own game. The sensual Lord Braxton would prove his intentions were honorable before she could relinquish anything . . . including her heart.