THE ROGUE AND THE HELLION 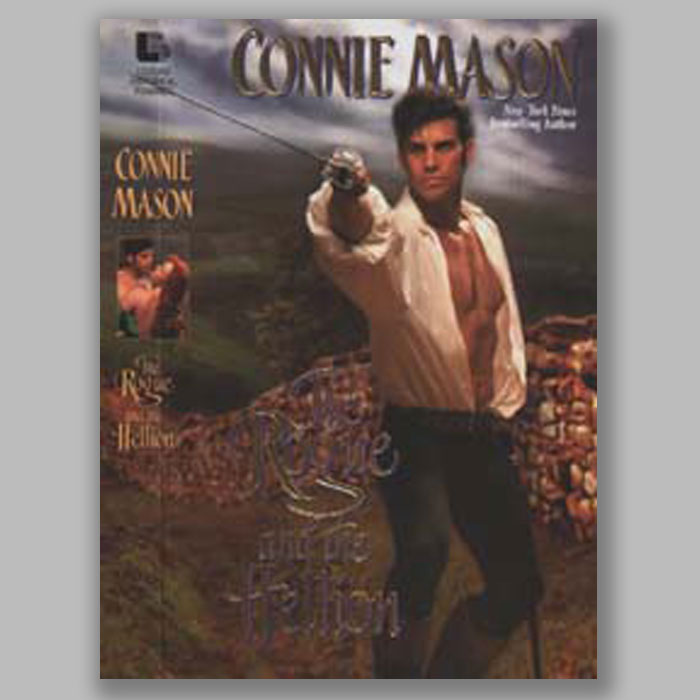 Title: The Rogue and the Hellion

When a brazen highwayman with unforgettable green eyes absconds with a priceless family heirloom, the Marquis of Bathurst is stunned to discover that the culprit is none other than the beautiful Olivia Fairfax, a spirited woman who has captured his heart.

When the audacious highwayman help up his coach and pointed a pistol at a rather crucial part of his anatomy, the Marquis of Bathurst had a critical choice to make - give up his dead brother's ring or loose the family jewels. Gabriel decided to part with the memento, but only temporarily. He would track down the their with the unforgettable green eyes if it was the last thing he did.

Everyone knew of the scandalous reputation of the Rogues of London. So when their most infamous member took her in his arms at a social ball, Olivia Fairfax realized his intentions were far from honorable. Gabriel's hot pursuit made her emerald eyes widen and her pulse race, but was he after a lover or the hellion who'd dared to rob him at gunpoint? Either way, Olivia knew it was now her turn to hand over the goods, and she was more than willing to hive him both her body and her heart.