TO LOVE A STRANGER 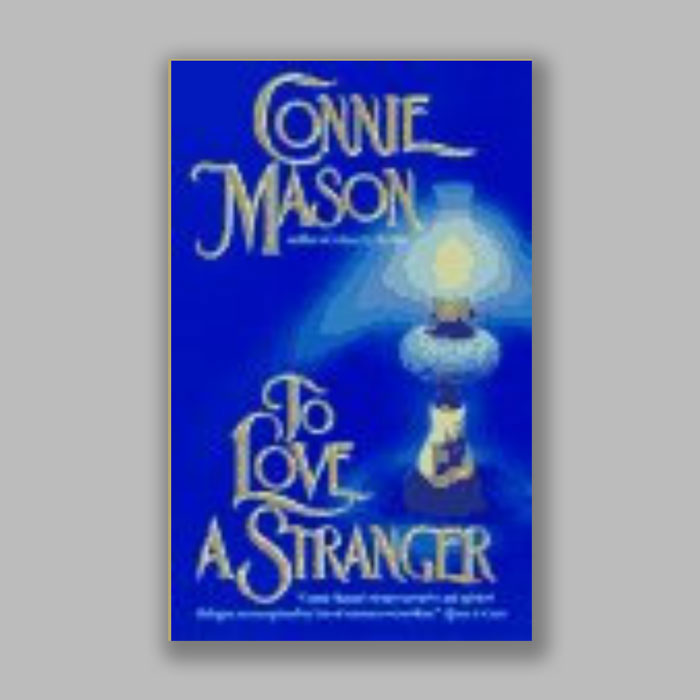 Title: To Love a Stranger

When a misunderstanding in Dry Gulf, Montana, puts an angry mob on Pierce Delaney's trail and a bullet in his back, he is forced to take refuge with Zoey Fuller--a headstrong lady who needs a temporary husband to foil the schemes of a thieving banker who is after her ranch. Though she doesn't trust this handsome stranger whom she nurses back to health, and he wants nothing to interfere with his freedom, ultimately neither can resist their passions or the love that grows stronger every day.

MARRIAGE ON THE RUN
Wild and rowdy Pierce Delaney and his two brothers are notorious throughout Dry Gulch, Montana, for attracting all sorts of trouble. Now a misunderstanding has left Pierce with a bullet in his back, forcing him to take refuge in Zoey Fuller's root cellar. And the spirited, headstrong lady is threatening to turn him over to the vigilante mob that's hot on his heels unless Pierce agrees to a short-term marriage.

LOVE ON THE MEND
Zoey doesn't trust Pierce Delaney--she doesn't even know him. Nevertheless, she needs a husband to help her foil the schemes of a thieving banker who wants her ranch. But as the handsome, wounded stranger heals under her gentle care, Zoey begins to see the true mettle of the man--his strength, his charm...and his masculine fire that sets her blood racing at a fever's pitch. Though he has sworn to leave after fulfilling his promise, his hot kisses say he burns for her as well--and they've freed a passion in two guarded hearts that could keep Zoey in Pierce's loving arms forever.