A PROMISE OF THUNDER 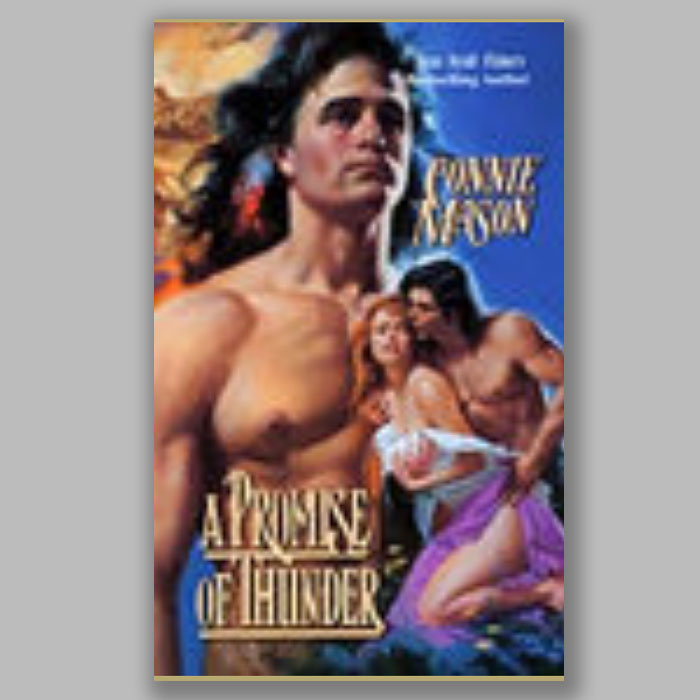 Title: A Promise of Thunder

After losing her claim in the Oklahoma territory to Grady Stryker, Storm Kennedy arranges a marriage of convenience with Grady but refuses to yield her body to the rugged Sooner.

Storm Kennedy can't believe her bad luck! With six million fertile acres open to settlers in the Oklahoma Territory, she loses her claim to the Sioux she holds responsible for her young husband's death. And the only way Storm can ever win it back is by marrying virile Grady Stryker and raising his motherless son.

No spineless Sooner, Storm agrees to Stryker's terms, then denies him access to her last asset--the lush body Grady thought was his for the taking. But the more Storm fights him, the harder Grady works to sow the seeds of a desire that promises a bountiful love.